Even though the Superbowl didn’t turn out the way most New Englanders wanted, it was still a great weekend (for us, at least. The Pats might disagree).

Justin and I went down the Cape to watch the game and to spend some quality time with his dad and his wife and Justin’s brother Josh and his girlfriend Emily.

We strolled around the neighborhood on Sunday morning and enjoyed the sunny weather. Like Ogunquit, this is an area that only gets prettier during the winter. 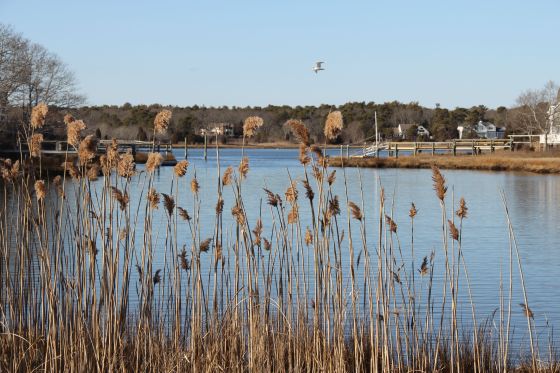 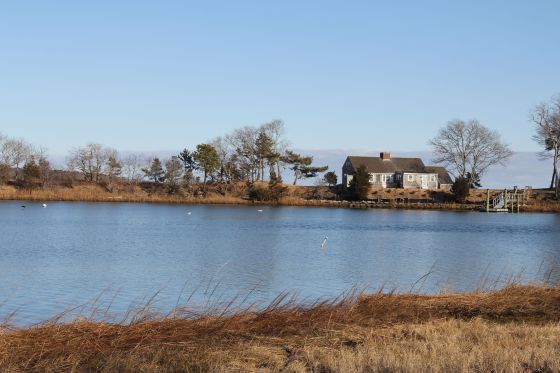 If the owners of that house are reading this (and let’s be honest, they probably are), I’ll take your house off of your hands if you’re looking to unload it.

Brody was beside himself because his friend Maggie was there. 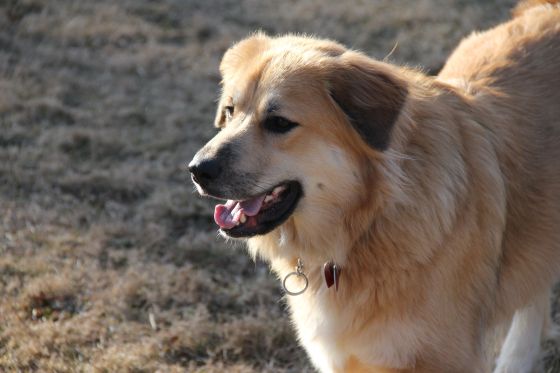 I would usually use this opportunity to post a shot of Brody and Maggie playing or sitting nicely for the camera, but I just browsed though the pictures that I took this weekend and all of the ones that have both Maggie and Brody in them are a little…intense. As I mentioned before, Brody and Maggie spend a lot of their time together biting each other. They’re not actually fighting or trying to hurt one another, but it makes it tough to get a nice picture when all you see is teeth. Here’s the best I can do: 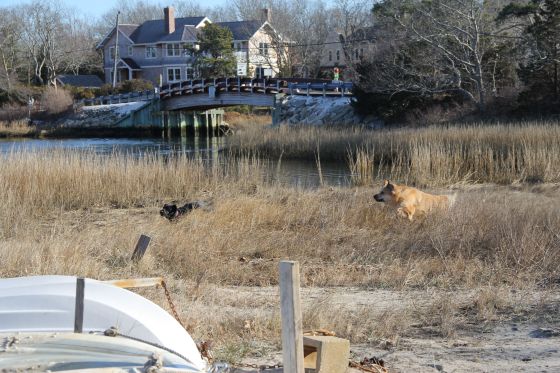 Look at that determination. Brody looks like he’s in for a world of pain once Maggie gets to him (good thing he probably deserved it).

B and Maggie were able to run their little hearts out for a good portion of the day. Justin and his dad had brought them to the beach that morning and then we went out for round 2 a few hours before the game started.

B pretended he was a hunting dog. 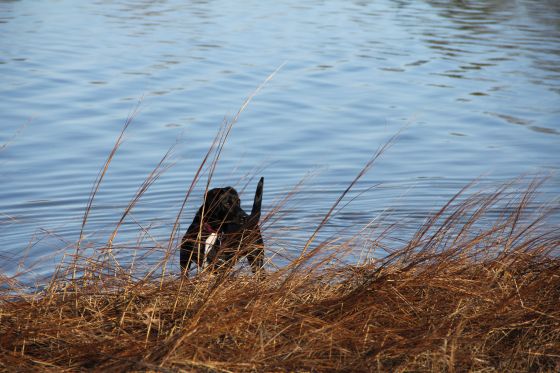 We watched him creep through the grass for a while and it actually looked like he had some untapped skill that we had been ignoring all of these months. 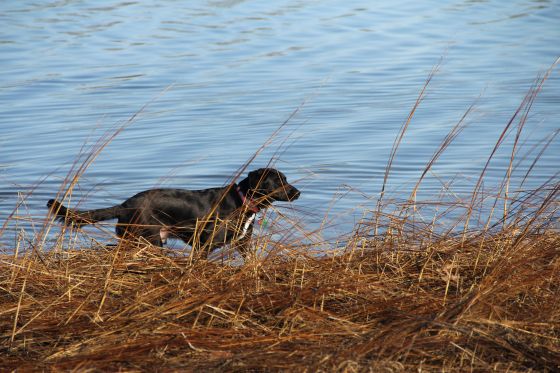 And then the real B came out and he reminded us why he could never be a hunting dog. 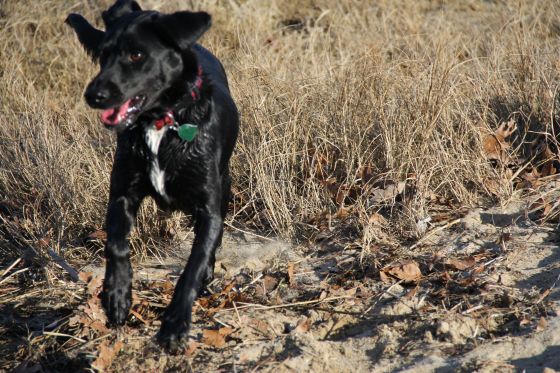 Meanwhile, Maggie frolicked and pretty much looked like she was modeling for LLBean. 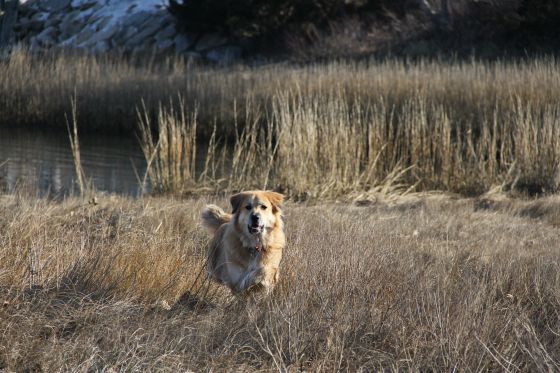 I’ll admit, we were coming from a selfish place when we were having them do all of that running – we were hoping that if the hounds were tired enough, they would behave themselves while we watched the game. Man, did it work! They were passed out for hours, even with delicious food around. Incredible!

Speaking of delicious food, we had quite the spread before the game. Josh made some awesome buffalo wings that might have been the MVP of the day: 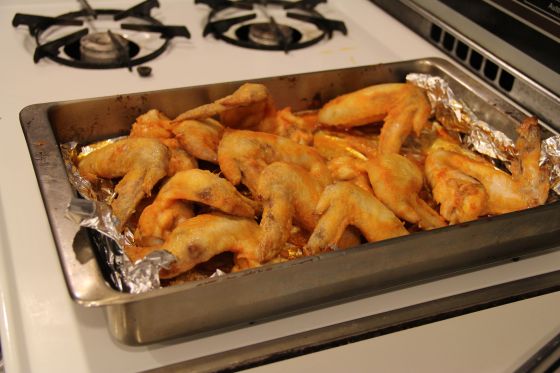 He had some competition from Emily though, who made some incredible artichoke dip: 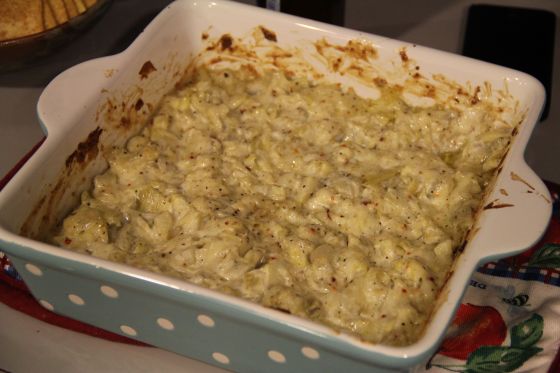 Emily brought this dip to our Superbowl party last year and I’ve been thinking about it ever since. It’s amazing.

Luckily there was a veggie platter there to even things out (although I admit, the wings and dip got a little more attention from me than the veggies did…). 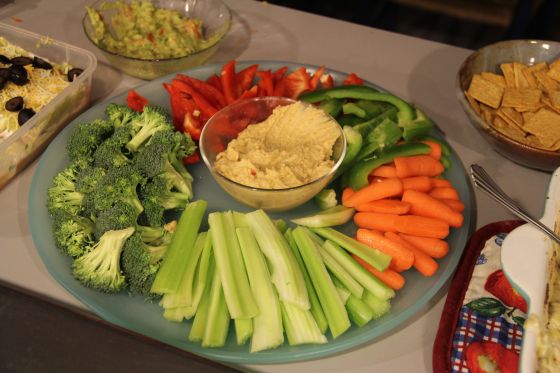 And yes, that’s the Mexican layer dip in the corner there. That dip has made a years’ worth of appearances in the past month and a half.

Justin cooked some of his famous brisket as well but unfortunately it went undocumented. It was delicious though! I think it’s safe to say that we’re all still recovering from pretty solid food comas.

B is recovering from a playing-and-biting coma. 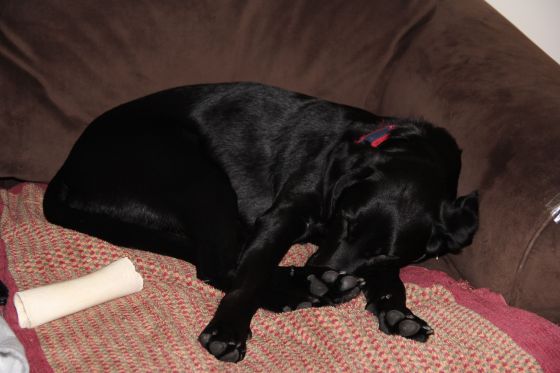 How is that even comfortable?

We hope you all had a great weekend!