A few weeks ago, Justin and my brother PJ finally pulled the trigger and undertook a project that they had talked about for months: brewing beer at home. 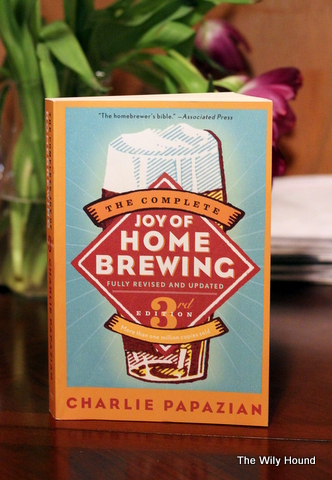 They went to a home brew supply store (aptly named The Homebrew Emporium) and came home with a starter kit and a boatload of enthusiasm. We estimated that it would take an afternoon to get the ball rolling, give or take a few hours, and then a couple of weeks later we would be swimming in homemade beer.

Normally, I would interject to say “Well, not really swimming…that would be unsanitary.” but with given the turn of events, swimming in the beer probably wouldn’t make it any worse to drink. The good news is that everyone played his or her own role in sabotaging the project, so there aren’t any hard feelings.

We started off by going over the instructions a few times. Wait, scratch that. We started off by playing with the bottle capper that came with the kit. If the entire operation fails miserably (which, if we’re being honest, isn’t all that far-fetched of an idea), it will all be worth it because of this little guy: 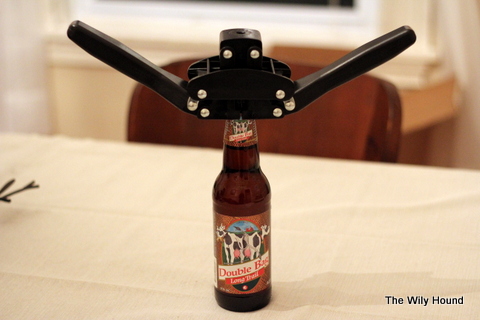 Say you opened a beer (or an old-fashioned soda) and then realized that you forgot to walk the hound and he’s dancing by the door (or more realistically, say your friend opens a beer and you want to play a prank on him while he’s in the other room). All you have to do is place your bottle cap back on top of the bottle, press the arms of the capper down, and voila! A tightly sealed bottle. So after capping and uncapping our bottles a few dozen times, we were ready to rock.

We probably should have just stopped with the bottle capper, because it all went downhill from there. Rather than going through the step-by-step process of brewing beer (you know, since we didn’t actually do anything correctly), I thought I would discuss some of our takeaway lessons in hopes that our fellow home brew beginners can learn and, in most cases, avoid:

I try to keep the salty language to a minimum, so I’ll just say that the whole process was a bit of a rhymes-with-spitsnow. We went into the process with a devil-may-care attitude that ended up biting us in the rear. Beer brewing is not for the disorganized, nor is it for those who suffer from short attention spans, or clumsy paws.

Pretty early on in the process, we left the long plastic paddle that one would use to stir the beer too close to the oven vent and it melted, activating the smoke alarms. When the smoke had cleared and we had finally boiled and cooled the batch of beer for the 2nd time (more on that in the next bullet), I shattered the hydrometer, which is an instrument that is used (according to Wikipedia) to “measure the specific gravity (or relative density) of liquids; that is, the ratio of the density of the liquid to the density of water.” Luckily, the part of the instructions that involved the hydrometer was the part that we understood the least, so I think I did us a favor in the long run.

Then, when PJ and Justin were transferring the beer to a secondary container to finish the fermentation process (or something), Justin played his role in the sabotage by breaking the airlock, which is an instrument that vents the gases during the fermentation process. I’m no expert (clearly) but I’m pretty sure if the gases aren’t vented, everything explodes. No need to panic, though, since it seems as though PJ and Justin are wizards of some sort; they MacGyvered an airlock out of half of a beer can and sealed it with candle wax. 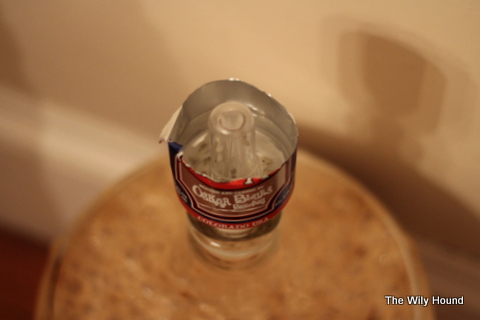 It’s working beautifully, as long as you remember to fill up the can with water from time to time. Luckily, remembering is easy when you get texts from Justin that read, “Can you please water the beer when you get home?” 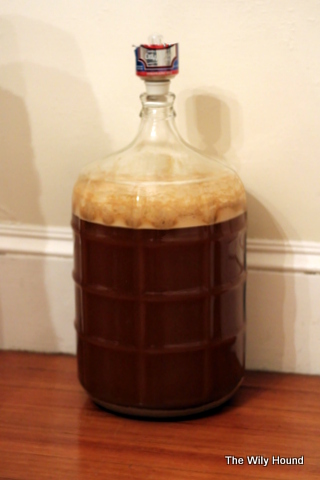 It is extremely important to sanitize all of your equipment before you start the brewing process. I would say that this was our biggest obstacle. We sanitized the gear that came with the kit, but as it turns out, we should have just sanitized everything in the house because there were a number of unexpected tools that got thrown into the mix.

For example, the corkscrew that fell into the pot during step 2 of the 14-step brewing process, or the tongs that we used to retrieve the corkscrew. Or the wooden spoon that we had to use to stir the beer when we melted the plastic one that came with the kit. Or the other identical wooden spoon that I had been using to unclog the garbage disposal, unbenounced to my brother, who then used said spoon to stir the beer. Bringing 4 gallons of liquid to a boil and then cooling it down takes a long time. Doing it twice because you contaminated the batch takes a very long time.

Now we’re playing the waiting game. I’m sure there will be some sort of disaster when we try to bottle the beer – and I’m nervous to think about what it will actually taste like – so I’ll be back in a few weeks once it’s ready to let you know how it came out.