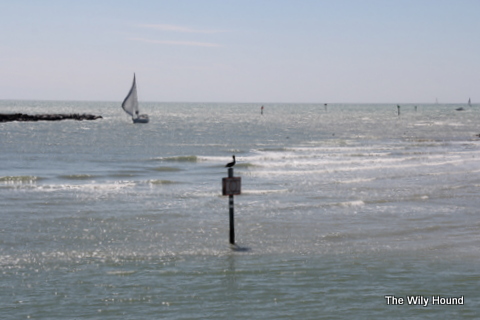 I’m so sorry. You’ve probably been worried sick wondering where we’ve been.

Well you can stop biting your nails and considering calling the proper authorities, because we’re back!

Justin and I spent the last week or so in sunny Bonita Springs, Florida spending some much-needed quality time with his mother, Cathie, and basking in the sun. After the 3rd major snowstorm of this cruel New England winter, we had started to wonder if we had made up the warm, sunny days of summer, but spending some time down South quelled our fears.

The trip got off to a rocky start last Tuesday when a snowstorm threatened to cancel our plans, but waking up at during the harsh 3 o’clock hour for our 6am flight ended up being an unexpected savior – the flights after ours got cancelled, but ours was just delayed for a couple of hours and then we were off! Not to rub it in for all of our fellow New Englanders, but taking off in a blizzard and landing in 75-degree weather was pretty awesome. Cathie picked us up at the airport and brought us back to her beautiful home where we spent the day lounging by the pool and getting to know her two hounds, Heidi and Olivia. They’re both goldendoodle puppies and they’re adorable.

The next few days were spent relaxing pretty hard. We both apparently needed a few days off with nothing to do but read in the sun, because that’s how a lot of our days were spent, and it was amazing. Cathie had booked a boat tour of Naples on Thursday, so we spent a few hours cruising around the canals of Naples Bay and admiring the wildlife and the beautiful homes that are perched right there on the water. 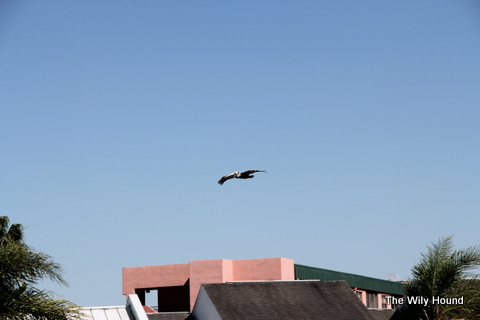 I guess I’ll take this one…

We were jokingly picking out houses that we wouldn’t mind owning, but things got serious when we spotted some real estate that was more our speed: 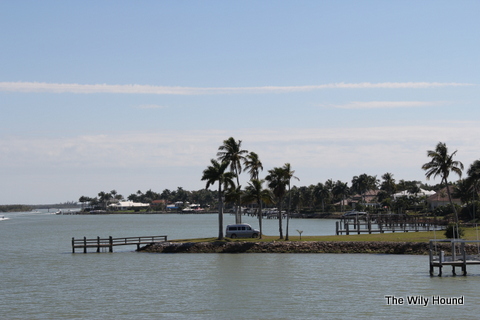 Not pictured: a dog lounging around outside the van. They’re practically us!

We also did some kayaking and had a blast paddling around the mangroves and dodging the alligators that we couldn’t see but that I was sure were there. The thought of alligators left us a little panicky once Justin’s kayak started taking on water, so we had to hustle back to land, but it was fun while it lasted. 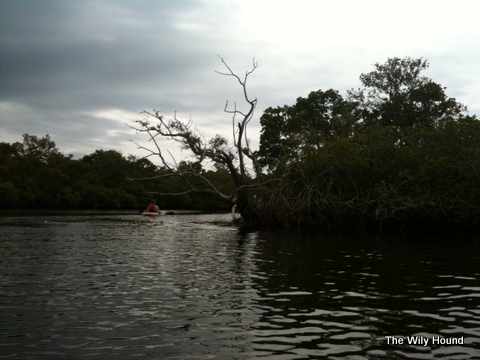 Speaking of gators, I still can’t get over that they’re just a part of a life down there. Our biggest threat around here is skunks and the occasional turkey, and these folks in FLA are tangoing with gators on a daily basis. We visited Cathie a while back and I was kind of obsessed with looking for alligators, and that obsession seemed to carry over into this trip. It wasn’t  until our last day there that I spotted this charmer:

You can imagine my horror when I noticed that a gold cart had pulled up right next to the beast!

But apparently gators ain’t no thang for golfers because, despite my panicked screams, they just kept right on golfing. Animals.

We had such a great time lounging around and relaxing, and as always, it was wonderful catching up with Cathie. We were definitely bummed to leave Florida and could have used a few extra days in the sun, but we were eager to get back home and see our own hound and relieve my mom of Brody-sitting duties.

And plus, we were just getting too comfortable down there in that 80-degree weather. I mean, come on –  flip flops and shorts? What kind of a life is that? If your eyes don’t tear up and your nose hairs don’t freeze every time you walk out of the house, you ain’t livin’.