I love me a good scone. It’s probably my go-to breakfast treat and I usually can’t turn one down if we stop at a bakery. I love the texture and more often than not they feature some sort of delicious addition like blueberries, cranberries or, a personal favorite, white chocolate chips and raspberries (there is a sandwich shop in my hometown that sells white chocolate chip and raspberry scones and they’re delicious. I’m not sure why I’ve never tried to recreate them at home…I’ll put them on the list!)

Last Sunday was pretty chilly and I woke up with a hankering for a baked good that we could enjoy with a hot cup of coffee. I don’t think I had ever made scones before so I decided to keep it simple and make a basic cinnamon and sugar scone. They came out pretty good and got the Justin Seal of Approval, so here they are! 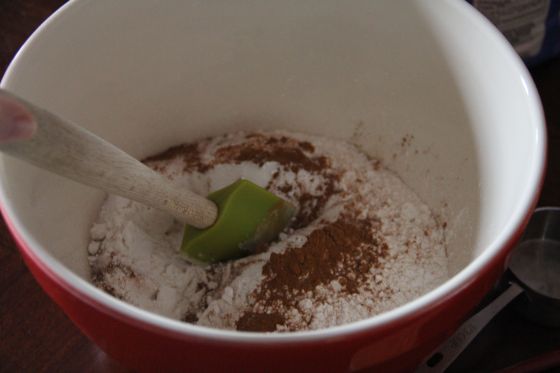 Either cut the butter into small cubes or grate it into the flour mixture using a cheese grater with large holes.

Work the butter into the dry ingredients until the mixture resembles coarse meal. 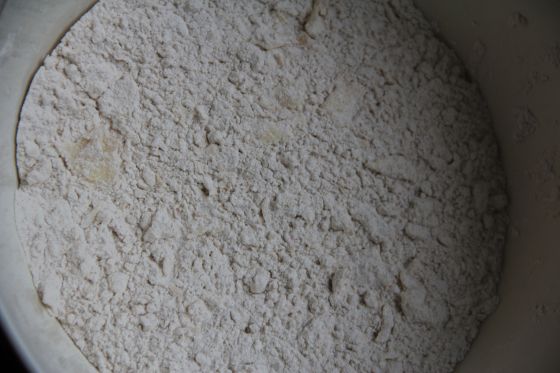 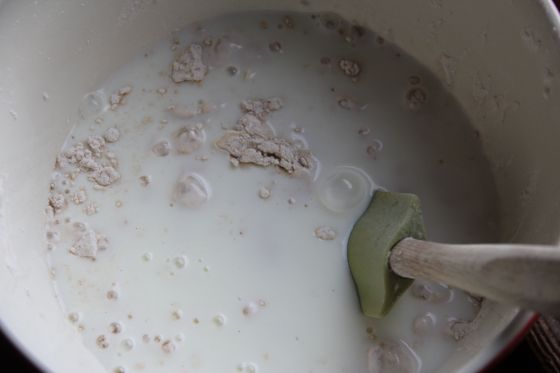 and stir until just combined. Resist the urge to add more buttermilk; the dough will appear dry and too crumbly but as long as there isn’t a bunch of rogue flour sitting on the bottom of the bowl, that’s how it’s supposed to look!

Lightly flour a cutting board or other workspace

and turn the dough onto the board and gently form into a ball.

Gently press the dough down and out to form a 6-7 inch circle.

In a small bowl, mix the cinnamon and sugar and sprinkle the mixture onto the dough. 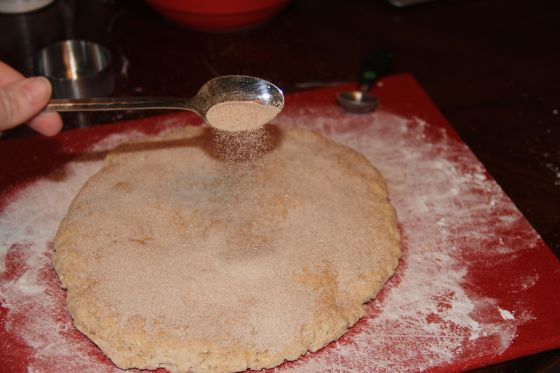 Lightly press the mixture into the dough using your fingertips.

From here you will want to cut the dough into wedges using a large, sharp knife 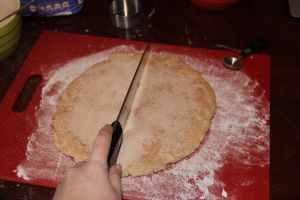 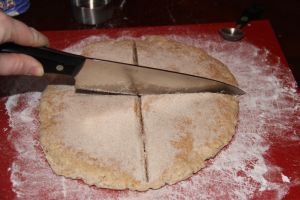 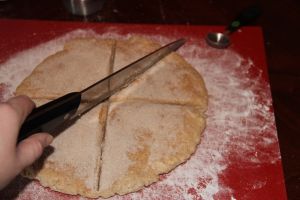 until you have 8 evenly-sized wedges. 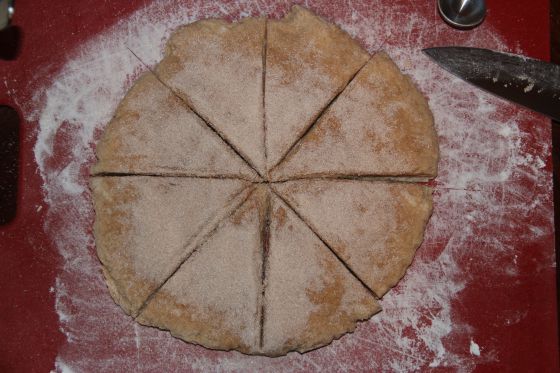 Bake for 20-25 minutes or until the edges are lightly golden. 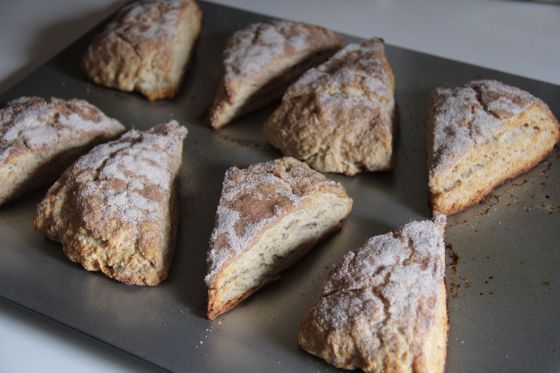 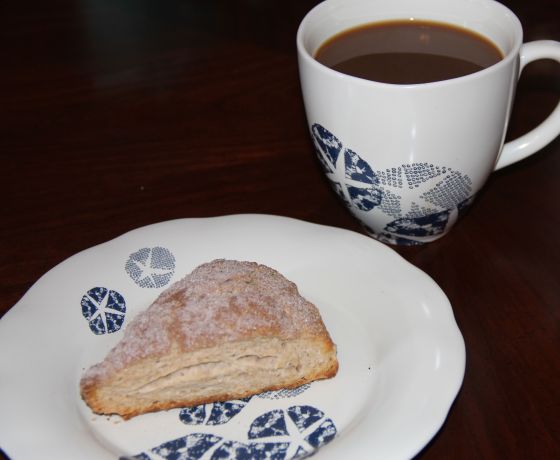 Preheat the oven to 350 degrees. In a large bowl combine the flour, sugar, salt, baking powder, baking soda and cinnamon. Cut up or grate the butter into the flour mixture and combine with your fingers until the mixture resembles coarse crumbs. Add the buttermilk and mix until just combined. Turn the dough onto a lightly floured work surface. Gently form the dough into a ball press down and out to form a 6-7 inch circle. Combine the cinnamon and sugar for the topping and sprinkle onto the dough. Press the mixture lightly into the dough with your fingers. Use a sharp knife to cut the dough into wedges. Transfer the wedges to a cookie sheet and bake for 20-25 minutes or until the edges are lightly golden.