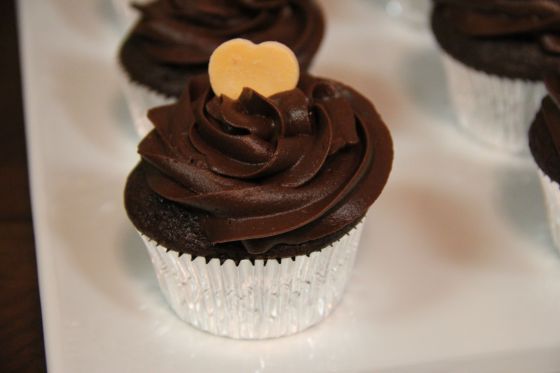 As promised in last week’s post, here is a recipe for chocolate cupcakes with chocolate buttercream frosting. I’m hoping that the sight of cupcakes will make your Monday morning easier to bear!

These cupcakes are interesting for a couple of different reasons:

Firstly, they don’t require any eggs. It would actually be pretty easy to make them vegan if that’s your jam; all you would need to do is replace the milk with a non-dairy version (like Almond milk). The lack of eggs also allows you to lick the bowl without the fear of salmonella. Huzzah!

Secondly, the recipe calls for vinegar. I’m generally a fan of vinegar. I like the kick it gives salads and I’ll toss balsamic vinegar on pretty much anything. EXCEPT, of course, for desserts, because that seems weird. I was a little unsure about how vinegar would affect the taste  but I was pleasantly surprised to find that you couldn’t spot it if you tried (and I did!).

The result of these weirdo ingredients is a delightfully light and fluffy cupcake with a lovely hint of almond. Can’t beat that with a stick! Here is how you can recreate these chocolate cupcakes:

Beat the ingredients in an electric mixer on medium speed until combined, about a minute or two. 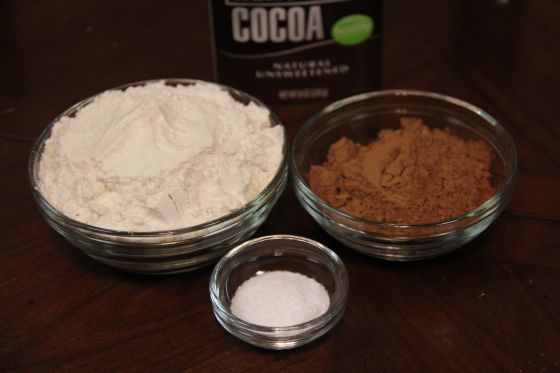 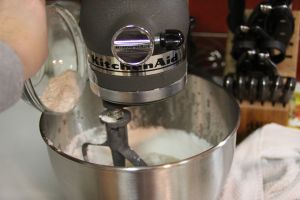 and combine until all clumps are gone. 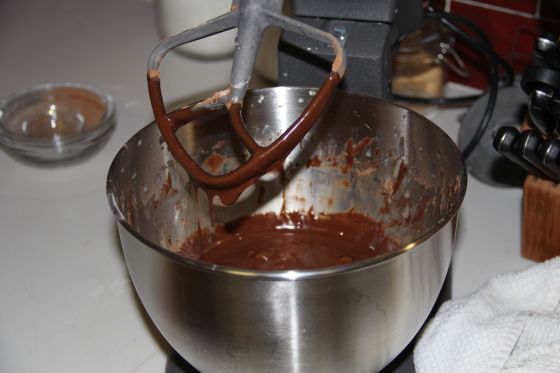 Line a cupcake pan with paper or foil liners. Spoon the batter into the liners until they are about 2/3 full (personally, I have never been able to fill them evenly and I end up with a few giant cupcakes and a few wee ones. Someday…).

Cook for 20-22 minutes or until an inserted toothpick comes out clean.

While the cupcakes are cooling, gather the ingredients to make your chocolate buttercream frosting. 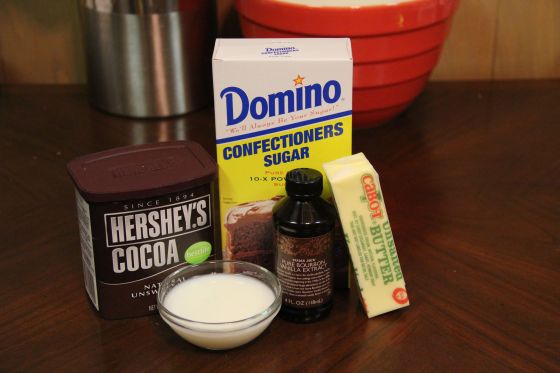 Beat the butter in with an electric mixer until creamy. Add the sugar and cocoa powder and mix until combined.

Add the milk in portions, mixing well each time.

Mix in the vanilla extract. Scrape the sides of the bowl to make sure everything is combined. 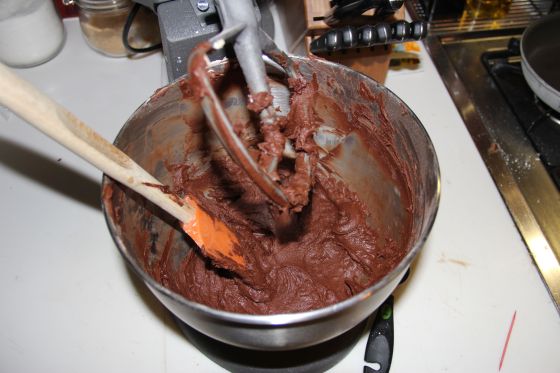 Get to frostin’! I used a star tip to pipe the frosting on these. 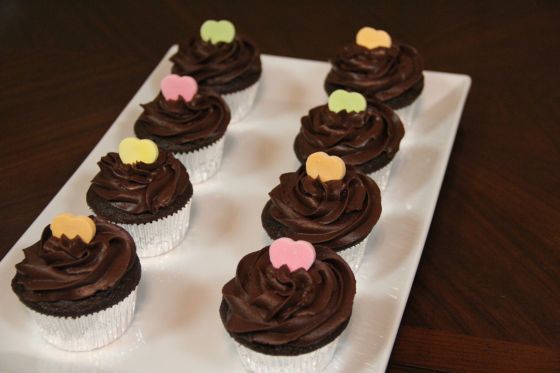 Preheat the oven to 350 degrees. Line a cupcake pan with cupcakes liners. In a large bowl with an electric mixer, beat the milk, sugar, oil, vinegar, vanilla extract and almond extract for 2 minutes on medium speed. Add the flour, cocoa powder, baking soda and salt and mix well on medium speed until fully combined. Fill the cupcake liners 2/3 of the way and cook for 20-22 minutes or until an inserted toothpick comes out clean. Allow the cupcakes to cool completely before frosting.

Beat butter until creamy. Add the sugar and cocoa powder and mix well. Add the milk in portions, stirring each time. Add the vanilla and mix until combined.