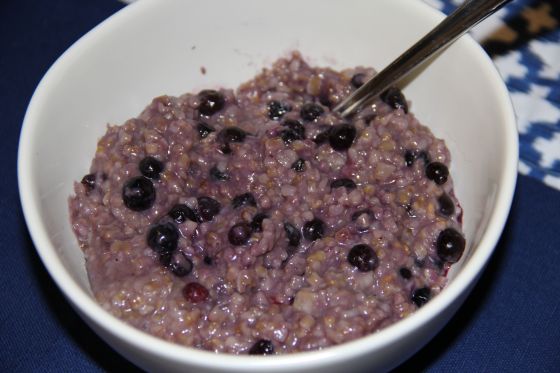 Justin and I are both huge fans of oatmeal. We usually pick up a bunch of the instant from BJ’s and bring it to work for a quick breakfast or eat it as a snack at home. It’s definitely easy, there’s no doubt about that, and it’s a pretty healthy choice.

When I was at Trader Joe’s last week I saw some steel cut oats in the cereal section. I remembered reading an article somewhere about how healthy they are and how they have a nice texture that a lot of people prefer to regular rolled oats, so I decided to pick some up and see what all of the fuss was about. Turns out that the article was right. They’re great! The steel cut oats keep their form nicely and don’t turn to mush like regular oatmeal does sometimes. They’re kind of chewy and it seems like they have more substance to them (especially compared to the instant oats).

There is a little more work to them, but trust me that its worth it! And you can mess around with the recipe and add different ingredients to make it your own. We had some frozen blueberries on hand so I decided to make a blueberry crisp style oatmeal. It definitely got Justin’s approval; he dubbed it his favorite breakfast (it was early though, he might not have known what he was saying). Here’s how you can recreate this delicious blueberry oatmeal:

Start by heating up the water and milk in a saucepan on medium heat.

While the water and milk are heating up, melt some butter in a medium skillet 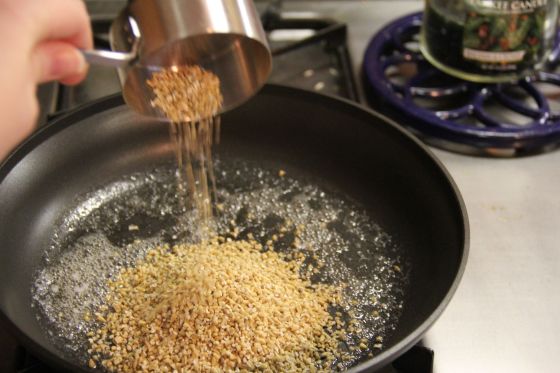 and toast them for about 2 minutes, stirring them the whole time. 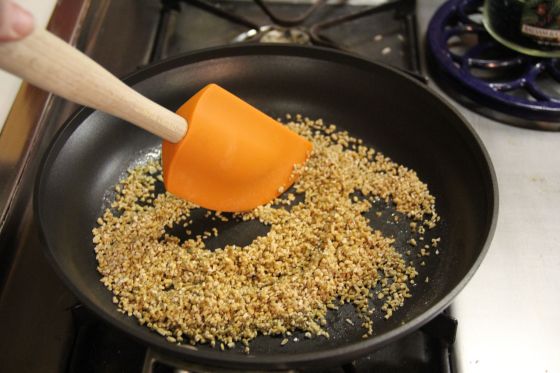 Once the water and milk are simmering, stir in the oats.

Let the mixture simmer until it thickens, about 20 minutes. 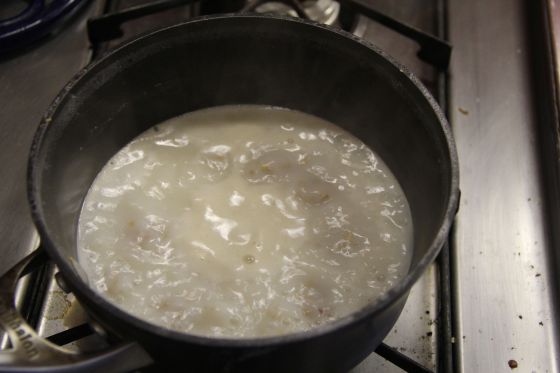 Add in some salt

stir it in and let it simmer for about 10 more minutes.

Meanwhile, get together whatever additional ingredients you plan on adding. I decided on some blueberries, brown sugar and cinnamon.

Add your ingredients to the oats 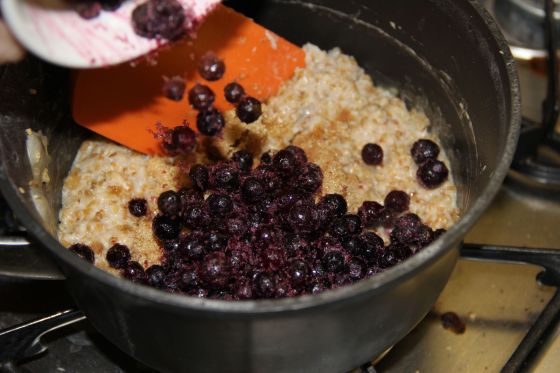 and stir to combine. 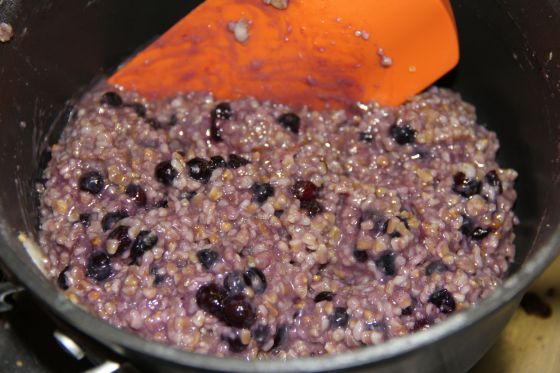 note: I halved this recipe and it was the perfect amount for 2 people. You can also make the full recipe and refrigerate the rest in an airtight container – it reheats well!