I really lucked out and ended up at  a Trader Joe’s AGAIN this weekend! While I was there I picked up some coconut oil. I’ve heard that it’s a nice alternative to other oils and butter in baking and cooking so I decided to try it out. 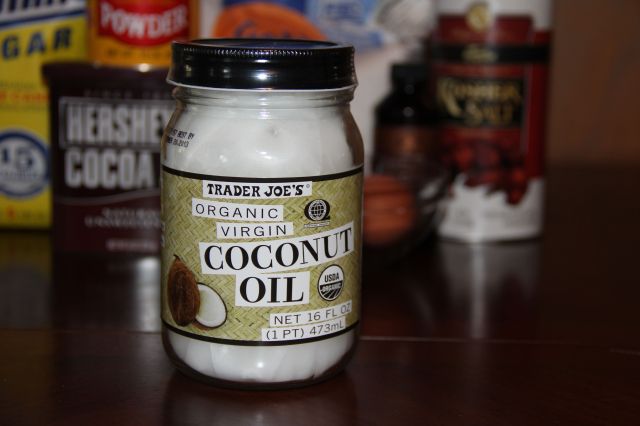 I’ve also heard that it can be used for a number of different beauty treatments (like a conditioner for hair, a lip balm, skin moisturizer and shave balm) but I can’t attest to any of those. Either way, it smells great (if you like coconut) so I can see why people would want to use it as a beauty product!

We were going over to my brother’s house for dinner and I wanted to make some brownies to bring for dessert, so I decided to try using the coconut oil. I used a basic brownie recipe and just replaced the butter with coconut oil. I was curious to see whether the taste of the coconut would show up in the final product; I think that coconut would be a nice addition to a chocolate brownie but it might not be welcome in other dishes. It turns out that it was pretty noticeable in the cooked brownies – it actually made the house smell like coconut too! It seems like this is some pretty potent stuff, which is good to know if you are thinking of using it in other recipes.

This recipe yields cake-like brownie that definitely has a hint of coconut (I’ve said “coconut” 8 times so far in this post. Seems excessive.). Adding more chocolate chips and cooking it for a minute or two less would result in a fudgier, denser brownie…whatever floats your boat! Here is how you can recreate these brownies at home: 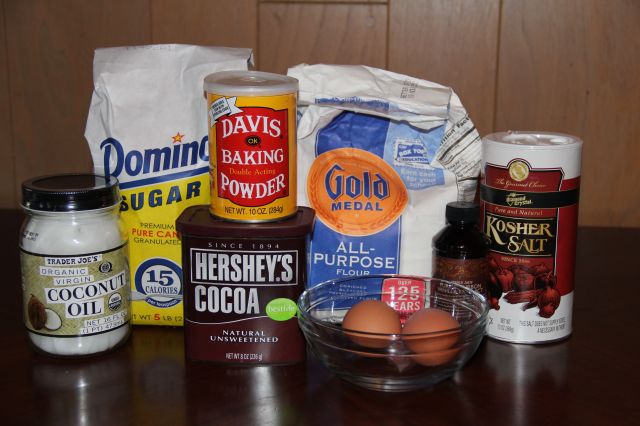 Combine the sugar, eggs and oil.

The coconut oil is a solid, so soften it in the microwave for 30 seconds or so on medium power.

Use an electric mixer on medium speed until creamed, about 2 minutes.

Add in the vanilla last.

Stir in the chocolate chips by hand. 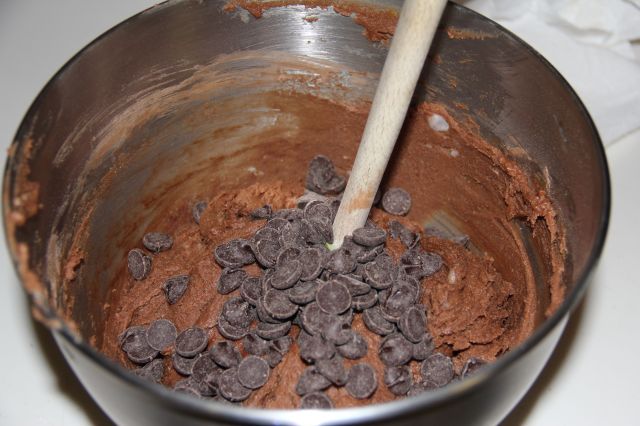 Use some of the coconut oil to grease a pan and then coat with a tablespoon or so of flour. This will keep the brownies from sticking. 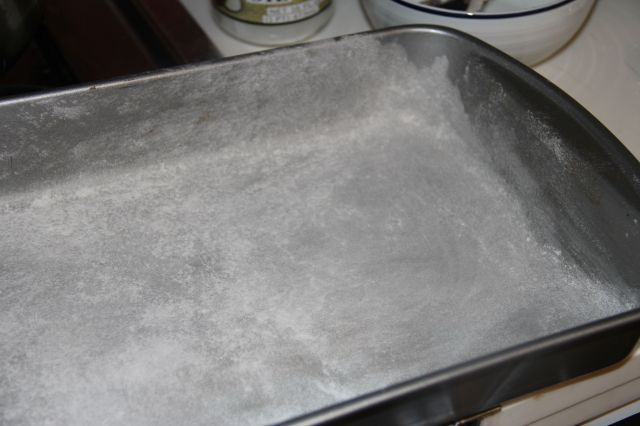 Turn the batter into the pan. It’s really thick so you’ll have to work with it to spread it out.

I found that running a spatula under hot water helped make the batter easier to work with. 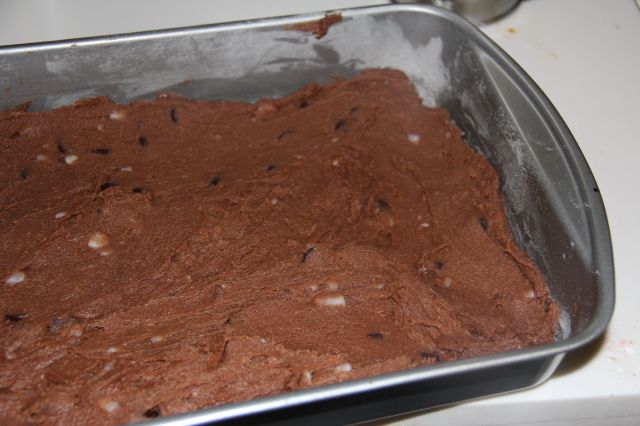 Bake the brownies for about 20 minutes or until an inserted toothpick comes out clean.

Preheat oven to 350 degrees. Grease and flour the bottom of a 9×9 inch pan. Combine the sugar, eggs and coconut oil in the bowl of an electric mixer and mix on medium speed until creamed. Slowly mix in the flour, salt, baking powder and cocoa powder until combined. Mix in the vanilla last. Add in the chocolate chips and stir by hand. Spread the batter evenly with a spatula. Bake until an inserted toothpick comes out clean, about 20 minutes.