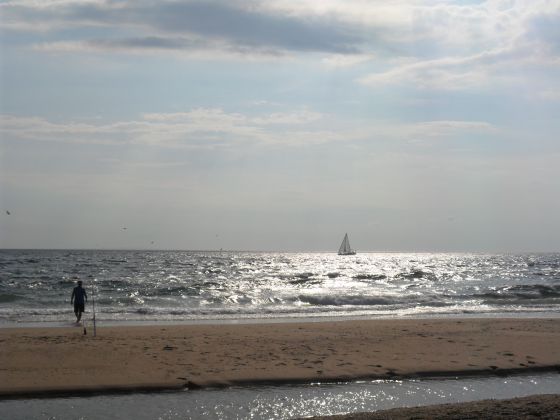 We had another beautiful weekend around here. Not beautiful enough to bop around on the beach like we were doing in the picture above, but still warm enough that you could go outside without immediately assuming the fetal position on the sidewalk until someone came to get you as is usually the case in a New England February. I know that we can hardly complain about the weather with the winter that we’ve had so far, but that doesn’t mean we can’t wish for summer and beach weather!

As a result, when my brother PJ invited us over for steaks on the grill on Sunday, we jumped at the chance to head over and pretend that its July. It doesn’t hurt that PJ never makes a bad dish, and he certainly didn’t disappoint this time.

On the menu: Sauteed peppers, mushrooms and onions, roasted potatoes with prosciutto, salad with tomato and feta and big ol’ steaks. 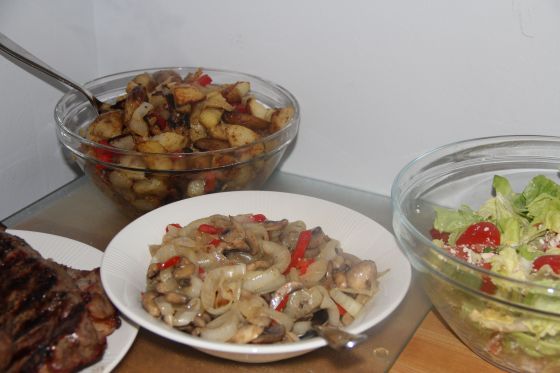 These potatoes were amazing. I think that we need to make them stat. 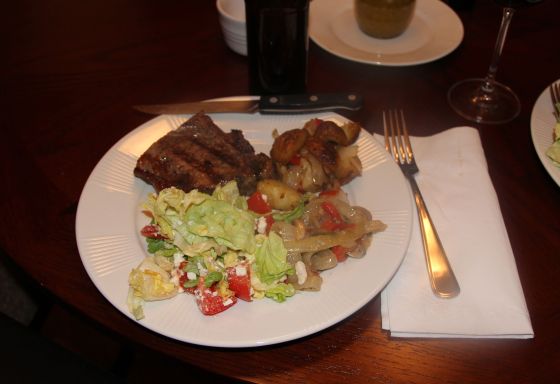 (not pictured: a baker’s dozen additional potatoes straight from the bowl)

We topped off dinner with some coconut brownies – I’ll post the recipe in the next few days.

We were also able to spend some time with Brody’s other best friend, Riley.

Let me tell you, it is not easy to get a good picture of this hound. She’s got the same coloring as Brody which makes it really hard to get a picture of her inside at night; she also seems to have the same defense techniques as him when it comes to taking pictures. Eventually we had to give up on trying to get a good solo shot of her and just dance 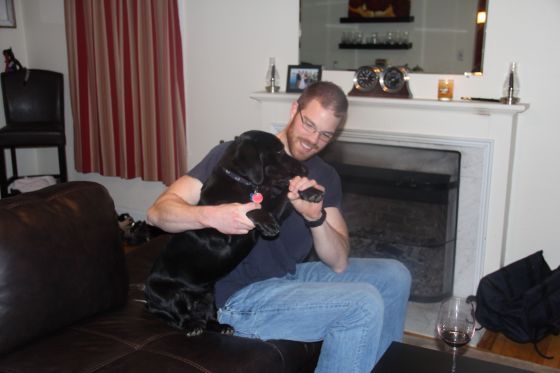 and dress her up as Mother Theresa.

She was about as happy as B was when we put him in his Christmas best.

(read: not happy at all)

It’s a wonder they don’t attack us in our sleep.

Anyway, thanks to PJ for hosting us – it was a great way to end the weekend!

8 thoughts on “Summer in February”