Hello! I hope everyone had a great weekend.

The weather here was incredible so Justin and I spent a good amount of time outside – specifically, on my brother PJ’s boat.

Since everything is more fun on a boat, we went down there late Saturday afternoon to grill out. The view was okay.

We went back out on Sunday afternoon and just cruised around and tried (unsuccessfully) to catch some fish. Riley (PJ’s hound) made her maiden voyage and took to the boat like a champ.

We obviously had her dressed appropriately should the waves or the sun prove to be too strong. 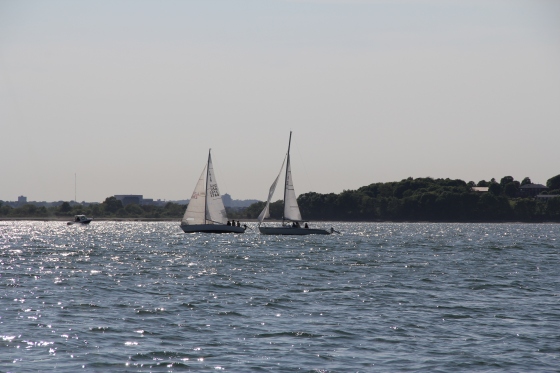 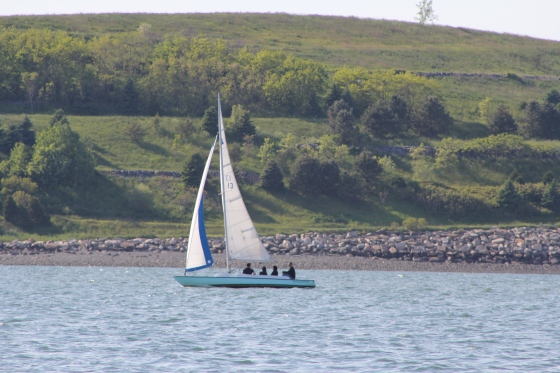 Neither Justin nor I fell overboard, despite the bets that were being wagered between the rest of the crew. Thanks for your support everyone.

In other news, these flowers made an appearance in the yard this weekend and they’re pretty neat – bright orange with a teal middle (I tried to find my notes from 8th grade science, but no dice. What is that part called? The carpel? Pistil? Pistol? I don’t think that last one is right…)

Either way, they are lovely.

And these are growing in a window box; I think they’re chives. They’re lovely too but they’re taking up some valuable real estate and I would like to rip some of them out like an animal and plant some herbs in their stead. 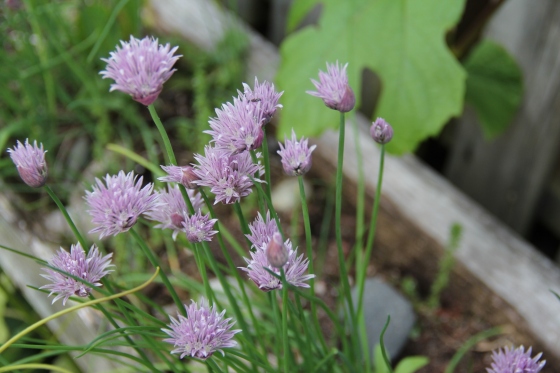 We wrapped up the weekend with some TV and ice cream. Brody was shocked that Justin wasn’t willing to share with him. 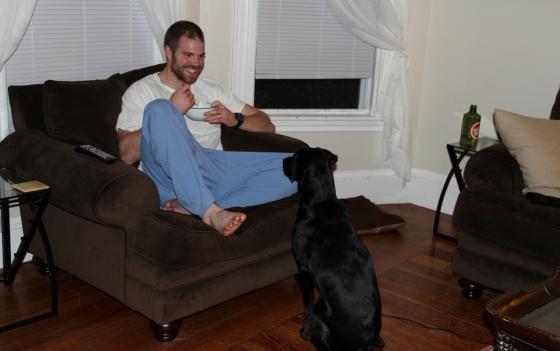 There’s nothing more comfortable than eating under the unwavering gaze of this silly hound. 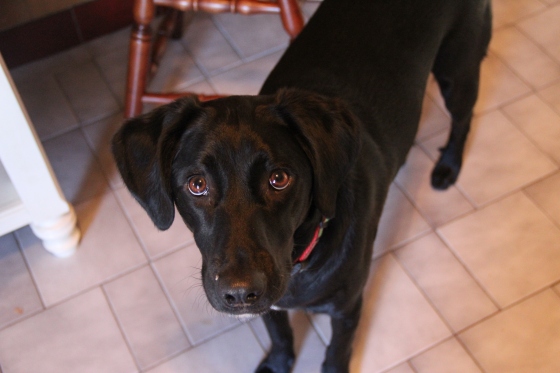