I hope Monday is treating you well. I’m writing this on Sunday night and I anticipate needing a coffee the size of a Volkswagen in the morning. I don’t know what it is about the heat, but it just really takes it out of me! Anyone else? With the exception of some brief storms on Saturday afternoon, it has been hot as heck around these parts lately.

Justin and a few of his friends braved the heat and went up to Vermont on Friday to become one with nature. They bopped up to Killington and hiked Bucklin Trail which, according to Justin, was no joke. They had a great time but it wasn’t the leisurely stroll through the woods with Brody that we’ve done in the past. Luckily the views at the top were worth the tough climb: 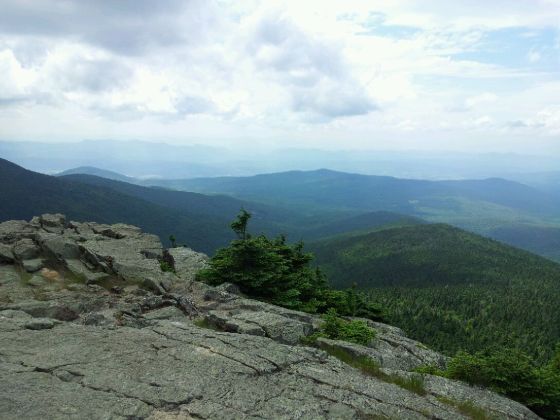 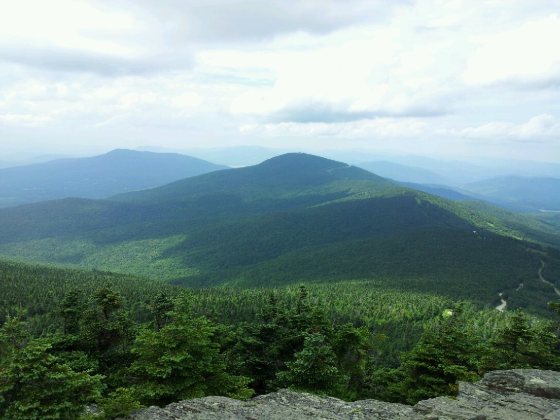 They hit up the Long Trail Brewery pub afterwards for dinner to regain some energy and then headed home. It was a long – but fun! – day.

Meanwhile, back at home, I was trying to regrow layers of skin that I lost when I got into the car and accidentally made contact with the leather seats after having utilized the “All-Day Rooftop Parking Special!” at the garage next to my office building. Looking back, parking on the rooftop during a heatwave probably wasn’t my best move, but what’s done is done. And I wasn’t using those layers of skin too much anyways.

5pm on Friday. Probably should have paid the extra $5 for covered parking.

Saturday morning was spent whipping up some treats to bring to our neighborhood block party that was taking place on Saturday evening. We missed the block party last year – I think it was taking place the day that we moved in – so we were pretty pumped to see what the excitement was all about this year. Neighbors had sent around fliers a few weeks ago with a schedule of events that included a 38-foot inflatable obstacle course and karaoke, so we signed the heck up and started practicing scaling inflatable walls and our harmonization of “I Will Survive.”

Anyways, back to the treats. Since there was going to be some pretty serious grilling involved, I decided to make some cookout-themed cupcakes. 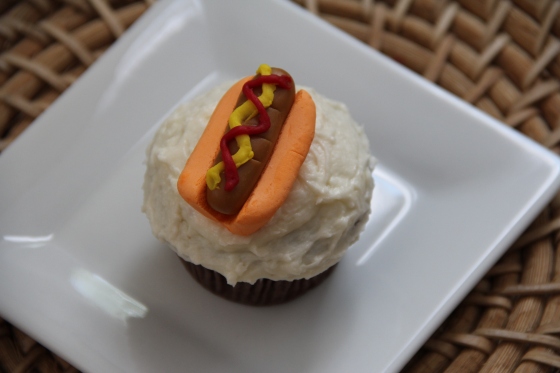 More on those tomorrow.

We did a pretty poor job of planning our Saturday so we ended up arriving fashionably late to the block party, but it was still a good time. It was nice meeting the neighbors with whom we had been politely exchanging “nice weather today…!” greetings for the past year or so. Justin and I obviously dominated the obstacle course after we pushed all of the kids out which most definitely impressed our new neighbor friends. Good thing we did all of that training.

Brody had been behaving himself by not eating any of the cupcakes on Saturday so we decided to reward him with a trip to the dog park on Sunday. My brother had told us about a park nearby that is built on a peninsula where dogs can run off-leash and swim to their heart’s content, so we grabbed some iced coffees and headed over. I have a feeling that we are going to be repeat customers at this park; it was pretty awesome. 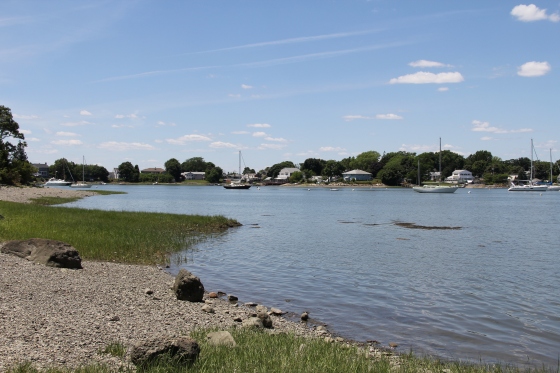 Hey Justin, you’re not wearing sunglasses, you have to look at the camera…

B had really been feeling the heat lately so we figured he would love a romp in the ocean, and boy were we right. He would have swam for the rest of his life if we had let him.

Get a grip, B. You’re creeping everyone out.

The highlight of my day was seeing him go toe-to-toe with this guy: 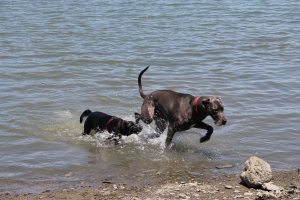 Watching B try to figure out how to handle a Great Dane will never get old for me.

It’s safe to say that B had a great time and we’ll be cruising back to that park very soon.

The only downside to trips to the park are the hound baths that need to take place once we get home. I think he’s on to us because Justin went to get a towel and B went screaming under the bed. This should go well.

One thought on “Weekend Recap”