When we last spoke, Justin and I had just cruised around the Dingle Peninsula and enjoyed some of the delightful treats that Dingle has to offer, like Crean’s beer and honeycomb ice cream. We got a good night’s sleep and set out the next morning for another action-packed day.

The first stop was Kinsale, which is an adorable fishing village in County Cork with narrow roads, colorful storefronts and lots of coffee shops, restaurants and pubs.

There are even a few castles and forts thrown in for good measure. We grabbed some coffees and explored the town for awhile; it was surprisingly warm (like, sweat through your sweater warm) so we decided against the mile-and-change walk to the fort and opted for a leisurely pace along the docks and through the grounds and bowling greens in front of the Kinsale town hall. 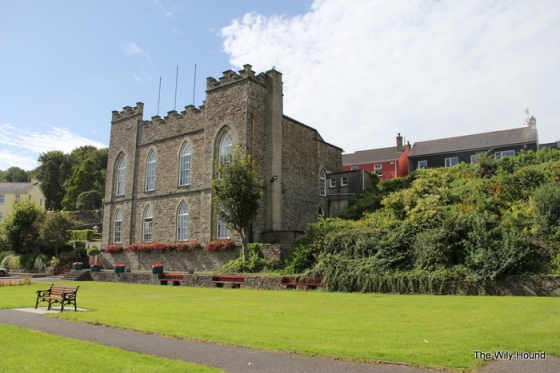 Not a bad town hall, huh? 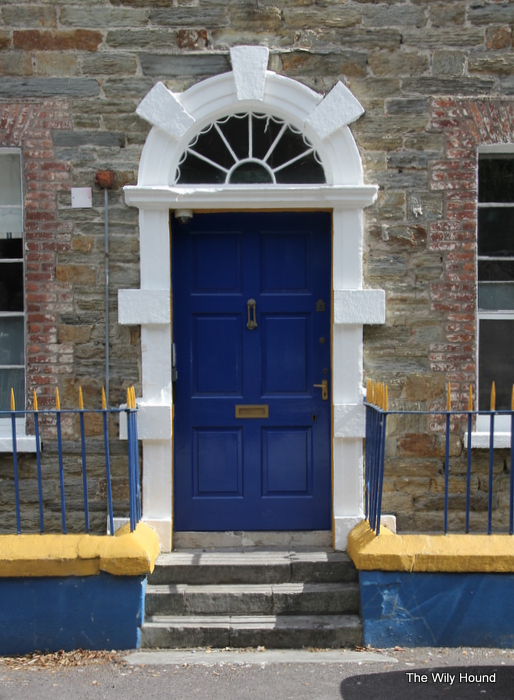 The Irish know a thing or two about awesome doors. 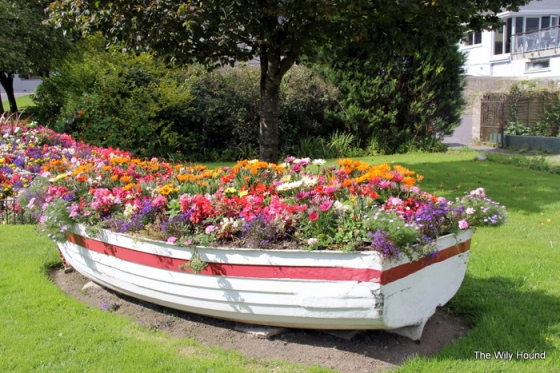 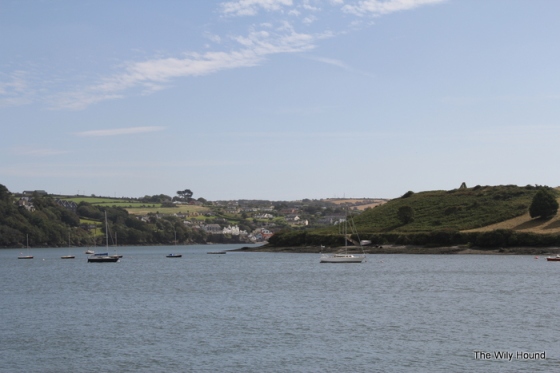 We picked a cafe with outdoor seating and ate some lunch and then took the scenic route to try to track down one of the Kinsale forts that we had heard about. We didn’t actually ever find a fort, but we did go for a drive through the countryside that led us to Old Head of Kinsale, which is a beautiful sight; it’s a headland with some awesome stone buildings and Old Head Lighthouse, which was established in the 17th century serves as a guide to the entrance of Kinsale harbor (source). 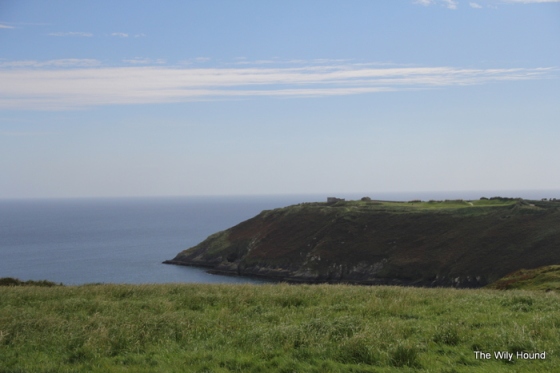 The headland is now the site of a golf course so we couldn’t creep around as much as I would have liked but it was lovely to look at from afar.

From Kinsale we headed North towards Blarney to visit an Ireland staple, the Blarney Castle, complete with the infamous Blarney Stone.

The castle itself dates from the 1400s and is beautiful; it sits on acres of gorgeous green fields and forests and the stonework is amazing.

They do an amazing job with the upkeep of the grounds and a day could have been spent just strolling around, taking in the sites and eating a picnic lunch along one of the walking trails.

The castle is definitely geared towards tourists and features a gift shop in the actual castle, but once you get past that it’s really neat to climb the narrow spiral staircase and stop off in the different rooms, like the bedrooms, the kitchen and the family room. The Blarney Stone is located on the very top of the castle; the views up there are incredible and if you so desire, you can saddle up and give the stone a big ol’ smooch. Legend states that those who kiss the Blarney Stone will gain the gift of eloquence; since Justin and I are pretty much overflowing with eloquence (HA) we just waved politely from a distance and enjoy the views. 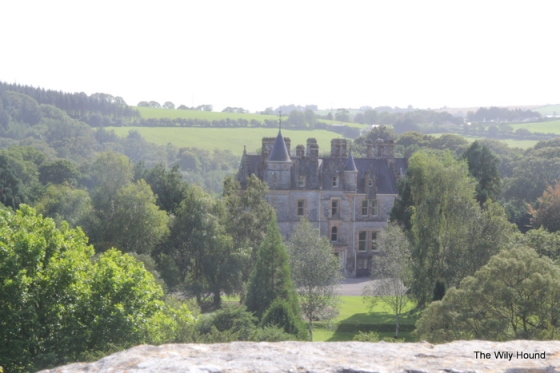 We obviously stopped in at the Poison Garden – you can’t just walk by a sign like that.

Justin was suspiciously interested in the garden…I slept with one eyeball open and didn’t notice any shifty behavior, so I think I’m in the clear since he didn’t declare any poisonous plants when we went through customs. Phew! We bopped around the grounds for awhile before heading back into town for some Guinness and grub. Fun fact: all of the restaurants and pubs that served food in Ireland featured a “roast of the day” which was usually something like roast beef or ham/turkey. It was either served as a dinner with mashed potatoes and another vegetable or in a sandwich with chips (fries). We got the roast of the day a couple of times and it was always delicious – maybe something that America should look into?

From there we headed back to the hotel and went for a swim in the pool and then continued our nearly nightly ritual of sitting out in front of the hotel near the garden for a few drinks. We seriously lucked out on the weather while we were over there; as I mentioned yesterday, it only rained a little bit one day (well, and again when we were on our way to the airport to go home, but I won’t count that) and every other day was beautiful, sunny and warm and we could comfortably sit outside at night in sweaters. Perfect!

Wednesday was spent doing some more sightseeing around Cork before cruising on over to Midleton to tour the old Jameson Whiskey distillery.

The tour was really interesting – it brought us through the process of producing whiskey from the kilns, mills, water wheel and other equipment necessary to make the whiskey to the process of barreling it and how different types of barrels and aging time affects the outcome. For instance, storing the whiskey in a barrel that had once housed sherry or port will alter the taste of the whiskey, so companies will figure out which taste they want to go with and even mix and match whiskeys that have been housed in different barrels to achieve the taste that they want. Also, according to laws in Ireland, a whiskey has to age for at least 3 years before it is legally considered a whiskey – before that, it’s just a spirit.

Luckily I paid very close attention during the tour because at the end, some of us were given the opportunity to become Qualified Whiskey Tasters. I’m proud to say that I passed the test.

Add that to the ol’ resume.

Another great day in Ireland!

2 thoughts on “Kinsale, Blarney, and A New Official Title”