Heyoo! Happy Tuesday to you and happy fake Monday to me!

We are in recovery mode again here in the Wily Hound household. I’m writing this on Monday night and we just got back from a long weekend down the Cape where we beached, bocce-d, s’mored and camped with friends. It was an awesome weekend and now we’re feeling the effects of playing in the sun all day and sleeping on the ground at night; it had been a few years since we had been camping and it was just as fun as we remembered, though I would be lying if I said that I wasn’t excited to sleep in a bed tonight.

After cramming the car full of gear on Saturday morning and grabbing some iced coffees for the road, we headed down almost to the very end of Cape Cod and set up shop at the campground. It was great seeing what supplies made the cut once we got down there-between our car and my brother PJ’s car, we had 4 coolers, 2 grills, and 3 headlamps but Justin and I had to rock/paper/scissors for the 1 sleeping bag, 1 sleeping pad and 1 blanket that we brought down with us (in case you were wondering, I ended up with the sleeping pad and the blanket and Justin got the sleeping bag and the ground. Fair trade, wouldn’t you say?).

After we set up shop we decided that a beach trip was just what we needed. A lot of the beaches and land on that part of the Cape are part of the Cape Cod National Seashore which is run by the National Park Service whose goal is to protect the land while still allowing folks to enjoy its beauty. That means that there is a great mix of fun things to do, like biking through the forest and dunes on the bike trails and taking your car oversands to some of the beautiful beaches, provided you follow the rules and be respectful of good ol’ Mother Nature.

So that’s what we did. We piled into PJ’s truck and headed over to the beach. As long as you have a permit, you can take your car through the dunes and onto the beach. After a quick stop to let the air out of the tires, we were on our way! 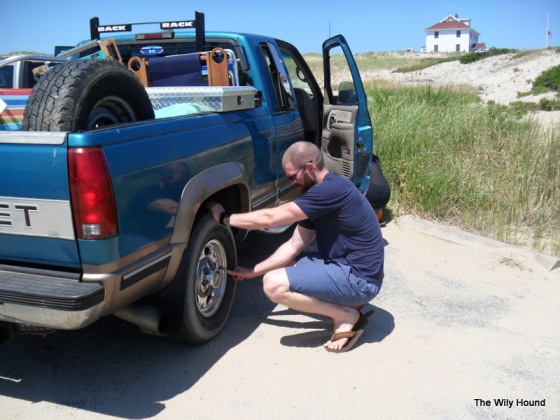 The best views on the drive to the beach are from the back of a pickup truck, which is where Laurel and I were perched. As long as you’ve got something to hang on to, that is. 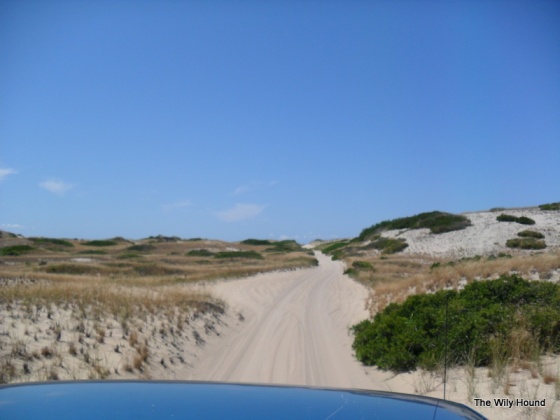 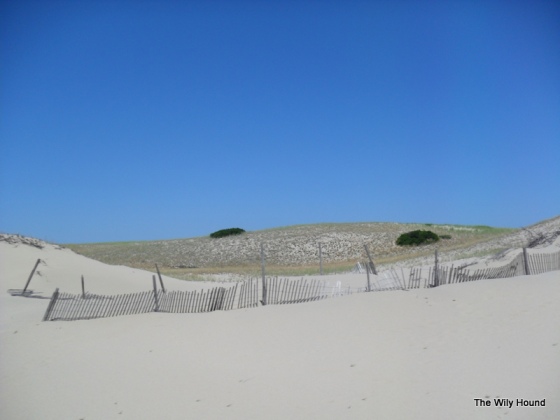 The rest of the day was spent enjoying the sun, playing fun beach games and grilling up a storm. 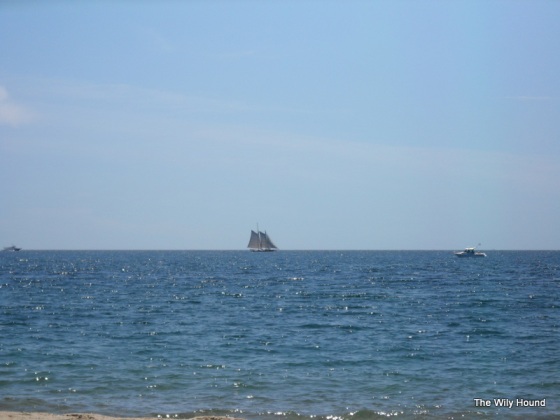 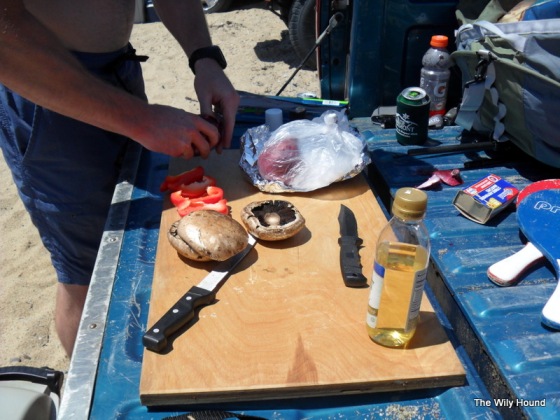 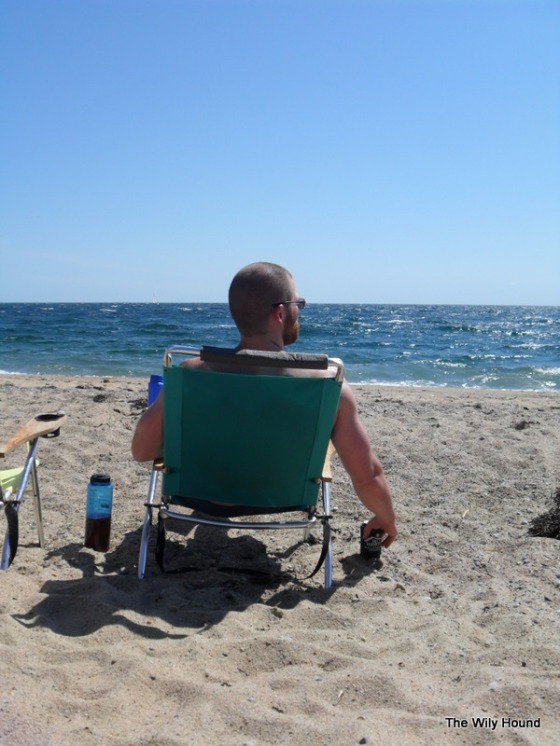 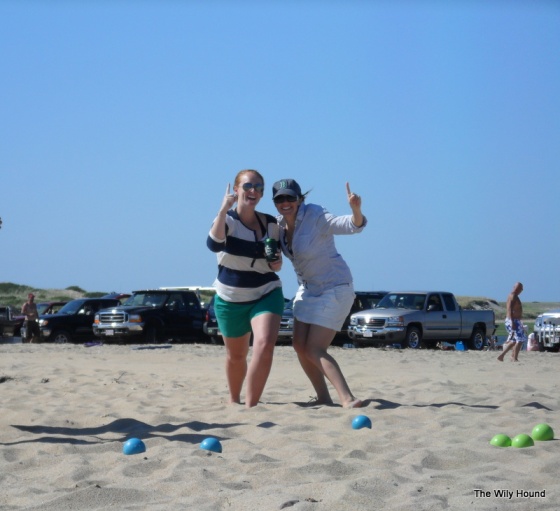 Laurel and me, gracefully celebrating some bocce domination

Once we got back to the campsite, the fun and games were over. The headlamps came out, bug spray was applied, fires were made and grills were lit. And yes, I did mean “grills” in the plural. 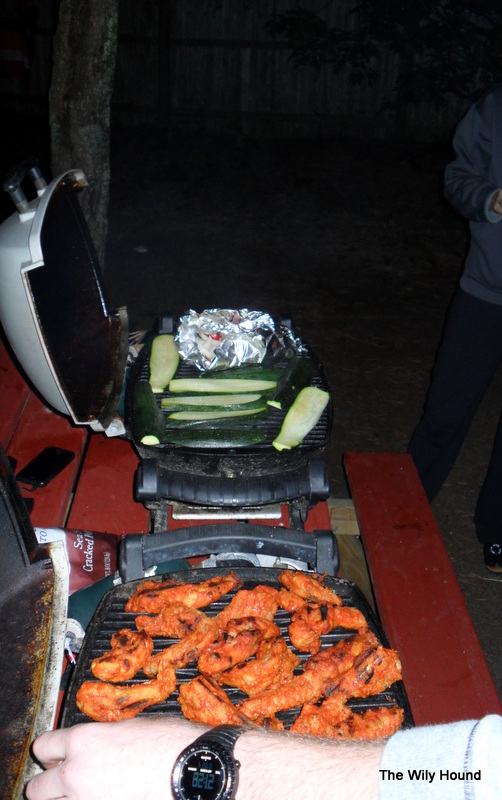 Why 2, you ask? Why, a veggie grill and a meat grill of course. I mean, it’s not like we’re going to cook everything on one grill…what are we, animals?

I know that last week I promised you a headlamp picture, so here it is:

And he wasn’t the only one. Laurel and PJ also had them; apparently I didn’t get the memo that headlamps are all the rage. How embarrassing for me.

Justin told me once that I shouldn’t take pictures like this because my feet aren’t “cute”. Rude, right? I told him to cram it, my feet are adorable. Especially the rogue toe that refuses to play by the rules.

On Sunday night we got gussied up (read: we showered for the first time that weekend) for a big night on the town. First up was a dinner of steamers, fish tacos and lobster rolls (with a few dark and stormies on the side).

Dinner was followed by a concert at a nearby beach bar. We thought we were going to have to sneak Laurel into the concert because tickets were sold out when she tried to buy one. We had spent all day scheming, trying to figure out how we could possibly get her into a sold out concert, but our plans fell apart once we got to the front door. Luckily the folks working there were easily swayed by our charm and charisma. That, or they got uncomfortable when we looked at them, slack-jawed, for 45-55 seconds when they told us that 2 tickets for 3 people wouldn’t cut it. Either way, they sold Laurel a ticket for the show and we were in! 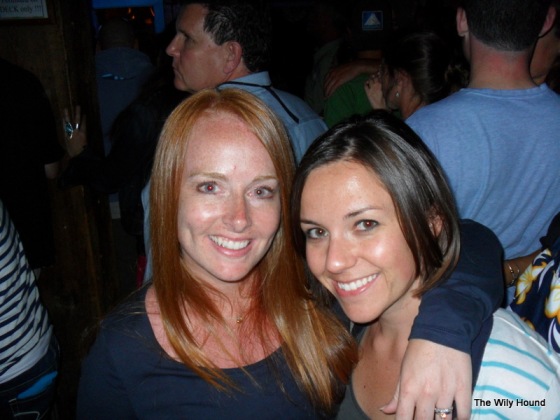 Why yes, I did spend all day in the sun. Why do you ask?

Some iced coffees and breakfast sandwiches from the general store down the street helped fuel the campsite breakdown process on Monday morning. Laurel and I had no problem breaking down her tent and we sat and sipped our coffees while we watched Justin and PJ try to roll up his tent and cram it into the tent bag, all while giving encouraging and helpful pieces of advice, such as “You’re doing it wrong, that tent isn’t going to fit in the bag” and “You should have watched us, then maybe you would have done a better job.”

As as aside, when we were younger and our parents would take us camping, we would roll up our sleeping bags and our dad would ask us “Could you carry that over a mountain?” If we had done a good job rolling the sleeping bag and it was nice and compact, we would give a chipper “Yes!” and toss it in the car. If we had done a bad job rolling it, we would give a sarcastic “Yes.” and try to toss it in the car, only to have it unroll mid-air. Something tells me that PJ wouldn’t have been able to carry that tent over a mountain.

After we packed up the cars it was time to hit the road. 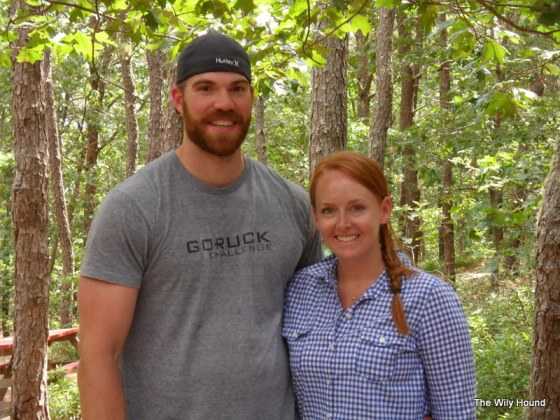 Well, first we made a pit stop at a penny candy store to fuel ourselves for the ride… 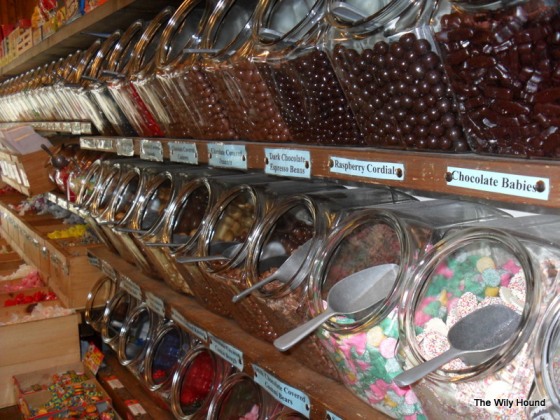 Chocolate babies, huh? Is that a big seller?

and after that we were on our way.

For anyone who was wondering where Brody was this weekend, he spent some time with his friend Josh (Justin’s brother) who was kind enough to stay at the house for a few days. Word on the street is that they had a blast.

Now that this penny candy sugar high is starting to wear off, it’s time to hit the hay and catch up on some sleep. Have a great Tuesday!

6 thoughts on “Headlamps Are The New Black”